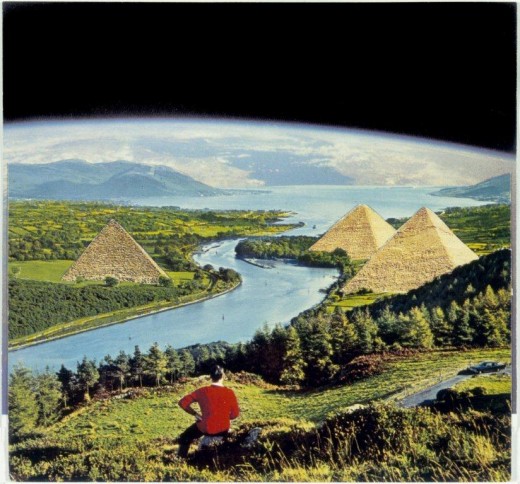 Talk by SEAN HILLEN on Return to IRELANTIS
Tuesday 30 March 6.30pm at the Alliance Francaise

Sean Hillen was raised in Newry and studied at the Belfast College of Art. In 1982, he travelled to London to continue his studies at the London College of Printing, and then at the Slade School of Fine Art.

The Man from IRELANTIS shows many examples of his highly acclaimed work from the 1980’s up to his most recent and talks about its genesis and history. Best known for his ‘Irelantis’ series, where competing myths and visions cohabit a deliciously witty montage, Hillen is one of the most significant artists of his generation. Hillen has also undertaken sculptural pieces, most recently the Omagh Bomb Memorial which has received both popular and critical acclaim.

As the ‘Irelantis’ images have come to be seen as the most vivid and emblematic expression of the dreams and anxieties of ‘Celtic Tiger’ Ireland, his works from the ‘Troubles’ era, based on his own gritty photographs, have become more widely-known internationally and are now studied as masterworks of the medium.

Read a review here from the Irish Independent