Opening: Thursday 11 February at 6:30pm
12 February – 10 April
Admission free
To launch the celebrations of the 50th anniversary of the Alliance Française in Dublin, a collection of acclaimed work by the important Irish artist Seán Hillen will be shown for the first time in Dublin since the 1990’s.
Best known for his ‘Irelantis’ series, where competing myths and visions cohabit a deliciously witty montage, Hillen is one of the most significant artists of his generation.
Hillen has also undertaken sculptural pieces, most recently the Omagh Bomb Memorial which has received both popular and critical acclaim.
As the ‘Irelantis’ images have come to be seen as the most vivid and emblematic expression of the dreams and anxieties of ‘Celtic Tiger’ Ireland, his works from the ‘Troubles’ era, based on his own gritty photographs, have become more widely-known internationally and are now studied as masterworks of the medium. 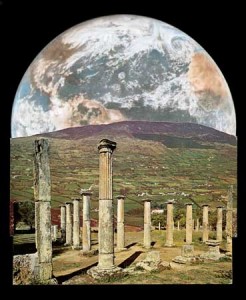 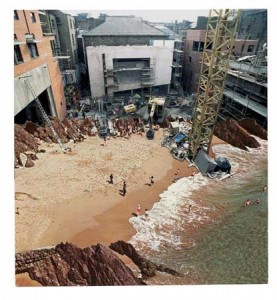 From the book’s introduction by Fintan O’Toole
“Seán Hillen’s Irelantis images are maps of a world in which the imagination is part
of reality, the visual equivalent of the sound the sun makes as it sinks into the sea.
As soon as they strike the eye, Hillen’s collages also hit whatever remains of
the bold child within us. They have the lawless energy that impels people to draw
moustaches on photographs of the Mona Lisa, or to decorate mundane stories with fantastic lies…”

A full colour catalogue presenting the exhibited work will be available for sale at the Alliance Française.