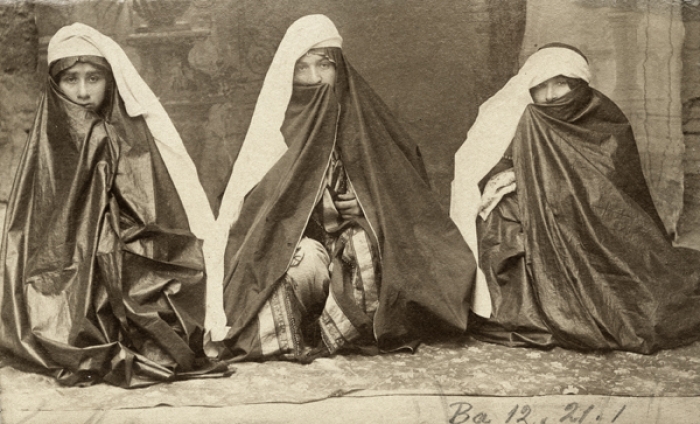 With catchwords like “clash of civilizations” and “Islamist terror” a rather undifferentiated picture of the Islam is currently conveyed in western public. However, about 18,000 historical photographs of the Museum für Völkerkunde Hamburg from the Near and Middle East and North Africa draw a different picture. For the first time, a selection of these aesthetically outstanding and scientifically important documents is offered to the public. The exhibition of these photographs, taken between 1870 and 1970, shows the regional and social complexity as well as the historic dynamism of the region. The displayed images are characteristic examples of the European view on foreign parts at that time. In continuing orient painting they shaped the western perception of the East, as it influenced them in reverse.
The broad scope of represented photographers, regions, and images of our collection is exceptional. There are aesthetically highly appealing photographs from professional studios in North Africa, Egypt, and the Holy Land of the 19th century which reflect the prevalent Eastern stereotypes. Pictures of North African Berbers, who were presented to audiences as living objects, for example at Hagenbeck, reflect the fascination for the wild and the exotic. Historical touristic souvenir pictures are as well part of the exhibition as very early photographs of scientific expeditions which led to regions hardly or not at all accessible for Europeans until then.
Thanks to the intensive support of the ZEIT-Foundation Ebelin and Gerd Bucerius, their photographic stock from the Near and Middle East and North Africa could be digitized, remastered, and scientifically reconstructed within the framework of a three-year lasting project.